In the UK, we have numerous wedding traditions which we follow for on wedding days. We’ve made a list of them below.  Will you be including any of these in your wedding day?

This is an old Victorian rhyme, typically featured In UK weddings.

Something old represents the link with the bride’s family and the past. Many brides choose to wear a piece of family jewellery or their mother or grandmother’s wedding dress.

Something new represents good fortune and success in the bride’s new life. The wedding dress often symbolises the new item, or perhaps the bride’s shoes.

Something borrowed reminds the bride that her family and friends will be there for her when help is needed. The borrowed object might be something small, such as lace handkerchief or a hair pin.

Something blue symbolises faithfulness and loyalty. The tradition dates back to biblical times when blue represented purity. Often, the bride’s garter has a blue ribbon on it, making that the blue item. 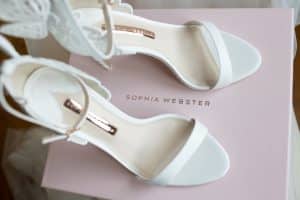 Couple not seeing each-other until they meet at the altar

This tradition dates back to the days of arranged marriages, when marriage was more of a business arrangement than something done for love, however Today, it’s simply seen as unlucky to see your other half on the morning of your wedding. Most people just choose not to see their spouse to build up excitement and give them a surprise when they walk down the aisle looking so beautiful. 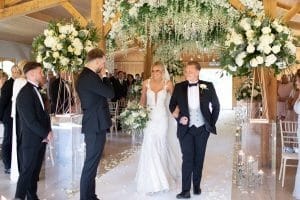 White has connotations of purity, so that is the main reason why brides would traditionally wear white on their wedding day, more so of their virginity before their wedding day. Alternatively, some brides might choose to wear ivory or blush colours, if this isn’t something which they feel applies to them.

White is also closely linked to wealth (because apparently, only the wealthy could afford to wear it). 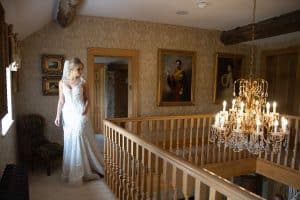 Many believe the tradition began with the Romans, who thought a vein ran straight from the fourth finger on the left hand to the heart. A symbol of love to each other. 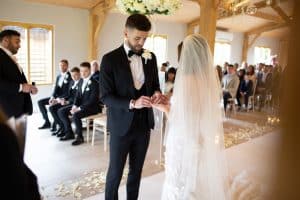 It is said that whoever catches the bouquet will be next to be married.

Guests excitedly gather behind the bride in preparation to catch the bouquet as the bride tosses it behind her.

It stems from a French 14th century tradition, where the groom would throw the bride’s garter into the crowd, but this quickly emerged as the more civilised alternative of throwing a bouquet. 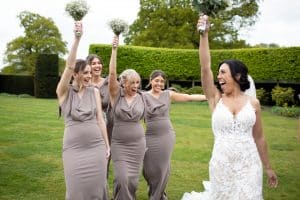 Once the married couple are announced as man and wife and walk out of the ceremony location, guests tend to line up on either side and throw confetti over the newlyweds to celebrate them being officially married.

Traditionally, rice was thrown at the newly married couple to encourage fertility, but it was the Victorians who first used shredded paper. 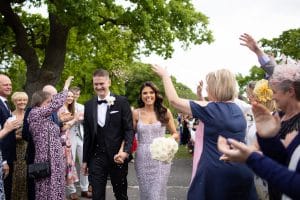 Along with the first dance and bouquet toss, this charming tradition is one of those photo opportunities that graces every wedding album. The cake cutting represents the first activity done as husband and wife.

The correct way for the couple to cut the wedding cake is for the groom to place his right hand over the bride’s hand for them to slide the knife into and through a section of the bottom layer of the cake. This is seen as the first task that the couple will have performed together and signifies unity for their forthcoming married life. (After this first cut, either the caterer will assist to cut a slice of cake for the couple, or they will continue to cut a slice themselves.)

The first slice of the wedding cake is placed onto a plate and the knife is again used to cut this slice into two smaller pieces. First the groom feeds a piece to the bride, and then she reciprocates by feeding a piece to him. The significance of this is the couple’s public declaration of a mutual commitment to always provide for one another.

Traditionally, the top tier of the cake is preserved for a later special occasion, for example the 1st wedding anniversary however, it might even just be for the couple to enjoy at a later date by themselves. 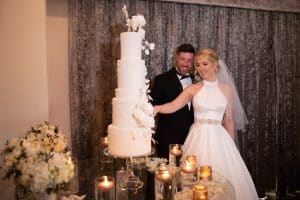 The tradition of giving guests something to remember the day by in the form of favours has been around for hundreds of years.

Today, the tradition has evolved from couples choosing to give each guest five sugar coated almonds to symbolise health, wealth, fertility, happiness and long-life, to Today favours, including mini bottles of alcohol or momentum of the day. 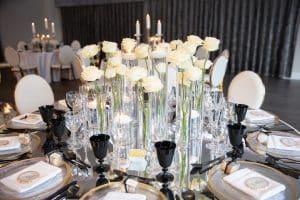 Carrying the bride over the threshold

This ritual was carried out to protect the bride from worrisome demons which might be lurking about the new home, however majority of couples that live together before their wedding still carry out this tradition.

It symbolises more today, the first time arriving to their home together as a married couple. 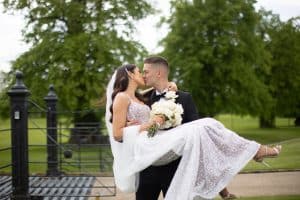 We think it’s great, the traditions are still be followed Today, with the addition of modern twists or modern extra’s! 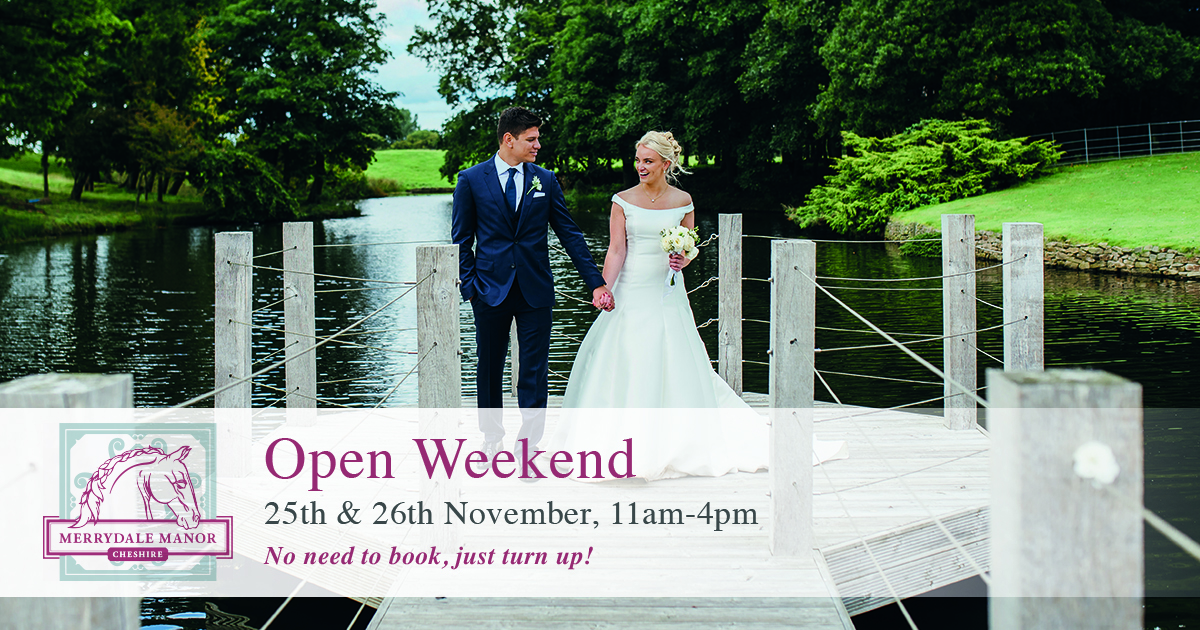